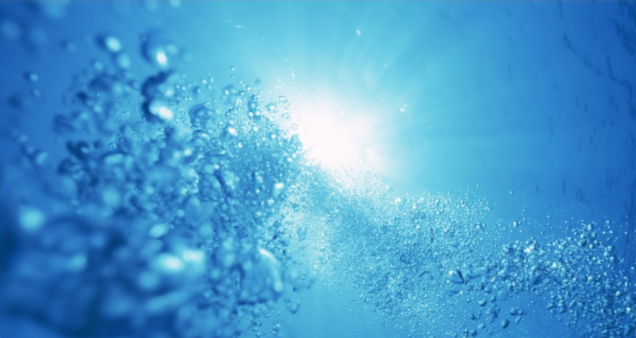 One afternoon, while he and his family visited an area creek a young boy, about 3 or so years old, with his family nearby, was walking through a very shallow creek. Stretching his sense of independence he’d cautiously take a few steps and stop, look back towards his parents and ciblings who had remained just upstream, then take a few more steps.

Little by little the youngster worked towards what looked like a stone crossing placed nearby that had drawn his attention, every few steps continuing to glance back towards the safety of his parents who where keeping an eye on him while also managing the other children climbing around on nearby rocks and splashing in the cool creek.

As the boy took the last few steps to the crossing, the water skimming smoothly over the stones, he stared into the crystal clear water of a small pool that had formed on the downstream side next to the edge of the creek. Looking for a few moments, the boy considered whether to turn back or to investigate the small pool. Finally the boy decided he would step into the waste deep water to feel the inviting sand he could see resting at the bottom much like the sand he’d enjoyed on visits to the beach. As soon as he investigates the pool he’d return to his family to tell them about his discovery.

Stepping in he immediately found himself submerged well over his head with the force of the incoming water quickly thrusting him to the bottom. Confusion rushed through his mind. How could the water that appeared so shallow be so deep? How would he get out of this hole? Could he climb the beautifully green plant growing from the sandy bottom up to the surface? How long could he hold his breath since he hadn’t take a breath when he stepped into that “shallow” hole?

Could he climb up the wall? He looked at the wall of what wasn’t a crossing, but an old stone dam that had completely filled with material on the upstream side, and even on the downstream side, except for what was suddendly apparent was a narrow wattery pit. Reaching out he felt the slippery stones. He knew there was no way to climb the wall. He turned toward the creekside. It was shear smooth rock. The plant was clearly too spindly to climb and looked like he could just get tangled in it. Turning downstream it too looked too steep to climb. Confusion quickly turned to fear. The only option was to try to swim up. The problem is the boy could not swim. He’d have to jump towards safety.

Jumping he rose a little more than midway. He’d have to try something different. Bending his knees low he again jumped towards the surface with all his might, this time reaching high enough for his hands to break the surface of the water, only to be thrust back down by the flow. Again he tried. Again he failed. Fear gave way to terror. One more try, once again only to reach high enough to splash a little. Becoming weaker and his lungs screaming for oxygen, he sank to the bottom.

Mustering all his remaining strength he lunged once more towards the glistening sheen where water meets air. This time he couldn’t reach above the surface. One last try ending in one more failure to even touch the surface. His heart sank as fast as his body. Swallowing hard the spent air now begging to be released he knew he no longer had the energy to keep trying. He knew he truly had no hope of saving himself.

There for a moment he stood looking towards the air just above him. So close, yet as far away as the sun from the earth. Looking down towards his feet he took in the reality as one much older. He was mortally trapped and he knew it. Feeling his warm tears mix with the cool water he again turned his gaze to the heavens, his salvation just beyond his reach, yet far beyond his strength. Remembering what his mother had taught him about God he resigned himself to facing death. As the sun’s rays, like heavenly arms, reached through the shadows of the plant waving in the current, he reached towards God, raising his hands as children often do when they want their parents to pick them up in their loving arms. Knowing in his heart that God would do the rest, he prepared himself to breath death in.

It was at this moment that he saw the face of his mother, vailed in shadow, looking down at him. Joy now burst from his re-energized heart as the spent air burst from his weary lungs. Having realized that the splashing boy wasn’t being playful, his mother had ran to the “crossing’s” edge just in time. As she would tell him later in life, she too was shocked at the water’s actual depth when she jumped in and feared drowning as she worked to save both him and herself.

We enter life with curious hearts, seeking adventures great and small that we sometimes don’t properly appreciate the dangers of. Sin can seem like such a shallow thing. We step into it often without obvious consequence, until suddenly the force and weight of it pins us in a deadly pit with the realization of having no hope of saving ourselves. Yet hope does exist, just beyond our mortal reach, but not beyond God’s immortal.

Our only hope is found when we open our spiritual eyes, look to the heavens, and reach to the Father who lovingly sent his son Jesus ahead of time. Jesus is right there, at the edge of the pit, already reaching down to pull us to safety if we’ll only reach back.

By the way, this story is true. It was written by that once young boy who, now grateful to God for the event, found himself at the bottom of a watery pit.

Toss in your "two cents" if you care to. Fair warning, you might get change ;-) Cancel reply