The Rat continues: That’s the logic of two Australian ethicists, who argue in the latest online edition of the Journal of Medical Ethics that if abortion of a fetus is allowable, so too should be the termination of a newborn’s life.

The abstract in the journal sums it up quite nicely:

“Abortion is largely accepted even for reasons that do not have anything to do with the fetus’ health. By showing that (1) both fetuses and newborns do not have the same moral status as actual persons, (2) the fact that both are potential persons is morally irrelevant and (3) adoption is not always in the best interest of actual people, the authors argue that what we call ‘after-birth abortion’ (killing a newborn) should be permissible in all the cases where abortion is, including cases where the newborn is not disabled.”

Alberto Giubilini at Monash University and Francesca Minerva at the Centre for Applied Philosophy and Public Ethics at the University of Melbourne write that in “circumstances occur[ing] after birth such that they would have justified abortion, what we call ‘after-birth abortion’ should be permissible.”

I want to give credit as well to the source where I first read it. This is an article I found reposted by The Conservative Hill Billy. Sorry Hill Billy. I tried to cite you at the top and it wasn’t letting me.

The Confusion of Christians (Part I)
by Hilmar von Campe (subject of: Ex Hitler Youth’s warning to America, and author of: Defeating the Totalitarian Lie)

“When I drove friends of ours, a couple, to the airport in Miami one day .we had a  discussion about religion. I said something along the lines that the only sane road for America and humanity to take is to obey God’s Commandments. She objected and said that not everybody believed in the Christian religion and that we couldn’t force our views on them.

I answered that the issue was not religion and that it didn’t make any difference whether somebody believed in God or not because God’s Commandments are obligatory for every last person on earth regardless of what their religion is and whether they believe in God or not. She was horrified about my ‘”self-righteous intolerance” and asked: “Do you think that we Christians are better than all the others and that our religion is right and the other religions are wrong?”

I answered that this was not a question of being better than others or others being inferior, but about truth and how humanity can live together as equals instead of fighting and killing each other. I confirmed to her, however, that other religions were definitely wrong, and if she didn’t think so, then she would not be a Christian as she claimed to be.

If God is merely the religious expression of what some people believe, then you could discuss with others whether something else might also be right or even better. And that is the position into which the enemies of God and freedom have maneuvered our politicians and Christians.”

In the 1920′s, for over a decade, The Munich Post tried to warn Germany of the dangers of a little man called Adolf Hitler whom the public ignored as nothing but a “hot headed (Community Activist) rabble rouser from Bavaria”.  In their reporting, commentary and cartoons, the paper relentlessly cataloged the ideas and criminal underpinnings of a man they insisted would be Germany’s undoing.  Much of their criticisms founded in the writings, speeches and criminal actions of the Nazi thugs and party itself that the rest of Germany’s newspapers refused to report.

The Munich Post was a lone voice in the wilderness crying aloud the warnings.  The other newspapers in Germany were already beholden to the Nazi Party and to Hitler who had a controlling stake in The Volkischer Beobachter – part of Germany’s mainstream media in whom Hitler remarked had the purpose of giving “ideological clarification and interpretation to current political issues.”

But the Munich Post remained steadfast in opposition to the rise of Hitler and the Nazi Party. For twelve years they focused sustained critical attention on Hitler, from the time he emerged from the beer-halls to take to the streets of Munich in the early 1920s to the massacres and political assassinations that the Nazis carried out against their opponents in the early 1930′s.  They were the equivalent of today’s Talk Radio hosts like Rush Limbaugh, Glenn Beck and Mark Levin; who were ideologically opposed to a movement they saw as a direct threat to the freedoms of the nation itself.  Ultimately the battle between ideologies became more personal and vicious as the Nazis solidified their power and began to purge their opposition.

Hitler called The Munich Post “The poison kitchen” – asserting that the paper did nothing but “cook up poisonous slanders” against the Nazi Party. I cannot help but notice the striking parallels when prominent Democrat leaders in America today refer to Talk Radio as “verbal pornography” engaged in “distorting the truth” about the Democrats and their ideology.

You can read to rest of article here: http://swordattheready.wordpress.com/2008/11/13/ex-hitler-youths-warning-to-america/

Memo to Jews: After They Come for the Catholic Church, They Will Come For Us

Today it is contraception and the morning-after pill. Tomorrow it will be kosher slaughter, or matrilineal descent, or circumcision, or other matters of existential importance to Jewish observance. If the Obama administration gets away with forcing Catholic institutions to step across lines of life and death in the name of “health,” the federal government will have a precedent to legislate Judaism out of existence — as several other countries have already tried to do.

Now the Obama administration has told Catholic institutions that they don’t have to dispense pills that kill babies. Instead, they can pay the insurance company, and the insurance company will dispense the pill for them. It is an accounting trick (as Paul Ryan called it) that the White House misrepresents as a compromise. The Catholic bishops, of course, reject it. And only one Jewish organization, the haredi organization Agudath Israel, offered a sharp response. Its Washington director Abba Cohen stated:

Whether or not the White House’s new “compromise” proposal adequately addresses the religious freedom concerns raised by the Catholic Church is for the Catholic Church to say, not us – and, frankly, not the White House, either. The important points here are that no religiously sponsored entity, and no religiously motivated individual, should be forced by government to violate its or his sincerely held religious principles; and that the determination of religious propriety must be left to the religious entity or individual, not to the government.

Demonstrating that he’s probably not a fan of Mitchell’s Golden Rule, Paul Krugman recently asserted that fiscal austerity has failed in the United Kingdom.

Citing Keynesian theory and weak economics numbers, he warned about “the austerity doctrine that has dominated elite policy discussion” and says that the British government made a mistake when it decided to “slash spending.”

In support of the New York Times columnist, another blogger commented on the “sharp retrenchment in public spending” in the U.K. And a Bloomberg editorial also supported Krugman’s position, stating that recent events “undermine the conservative idea that slashing government spending will somehow bring about a confidence-driven economic boom.”

There’s only one small, itsy-bitsy, teeny-weeny problem with all of these statements. They’re based on a falsehood. Government spending in the United Kingdom has not been slashed. It hasn’t been retrenched. It hasn’t even been cut.

I first made this point back…

Unborn Baby to Liberals: “Pretend I’m a tree and save me.”

On February 16, 2012, in abortion, politics, by velvethammer

Lawmakers in Congress have joined the fight to save an Iranian Christian pastor who has been sentenced to death for refusing to renounce his faith.

A resolution sponsored by Rep. Joseph Pitts (R-PA) denounces Iran for its leaders’ ruling of apostasy against Youcef Nadarkhani and calls for his immediate release.

“Iran has become more isolated because of their drive for nuclear weapons, and the fundamentalist government has stepped up persecution of religious minorities to deflect criticism,” Pitts told FoxNews.com. “The persecuted are their own citizens whose only crime is practicing their faith.”

Nadarkhani was born to a Muslim family and admits that he was introduced to the teachings of Islam, but claims he never accepted the faith. The charge of apostasy, which in Iran carries the death penalty, is leveled at those who abandon their faith.

Pitts introduced the measure on Friday and so far has the support of seven other members. Nearly 90 members of Congress previously signed a letter supporting Nadarkhani.

Nadarkhani, who also held house church services in Iran, was facing execution after being convicted of apostasy in November of 2010, but appealed his conviction all the way up to the Iranian Supreme Court. That trial was held in the Gilan Provence last September, when he refused to renounce his Christianity. Nadarkhani has been detained for a total of 858 days.

“They now have to decide whether they will live up to their international obligations as a member of the United Nations and a signatory of the Universal Declaration of Human Rights,” Pitts said.

The execution has been delayed amid international pressure on the Iranian regime. At one point Tehran claimed Nadarkhani’s real crime was being a threat to national security. 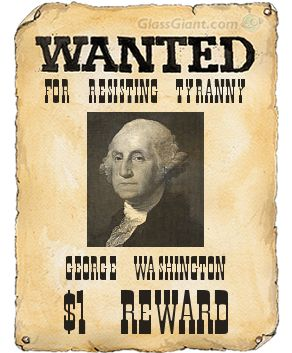 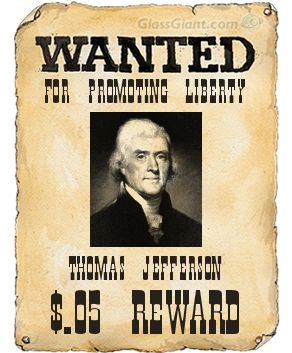 After a series of posts making fun of libertarians (here, here, here, here, and here), it’s time to aim some humor at the left. Even if it means a lame pun in the title.

This poster is funny, but it also makes a serious point about whether there should be behavioral restrictions on people who want to live off taxpayers (sort of akin to the debate about whether food stamp recipients should be allowed to buy junk food).

My view is that the answer to the welfare problem is decentralization. Let fifty states and thousands of communities take responsibility for redistribution policy.

This will mean diversity and innovation, which will help give us answers to how to help the genuinely needy with ripping off taxpayers and/or trapping poor people in lives of dependency.